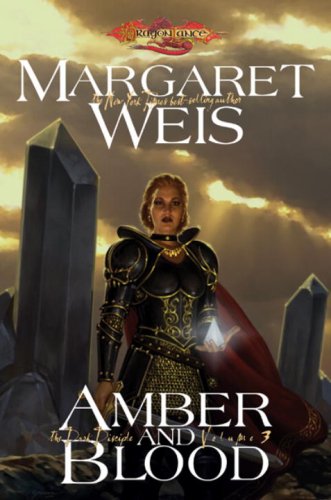 Mina is a character in the later history of Krynn who was a general and High Priestess of the One God (Takhisis) during the War of Souls. She has short dark red hair and hypnotizing amber eyes. Mina also has high cheekbones and a sharp chin. Mina knew how to speak at least the Silvanesti Elven as a language.

She has forgotten her early childhood and was found clinging to a shipwreck by a boat. Goldmoon raises her and acts as her surrogate mother during the Age of Mortals. She later becomes a High Priestess of Chemosh and discovers that she is one of the Gods of Light. She is named the God of Tears when she awake in 404 AC. in the upcoming Broadway musical, she will be played by Annaleigh Ashford. Dragonlance - The Musical Cast Lists.

Retrieved from "https://dragonlance.fandom.com/wiki/Mina?oldid=4434"
Community content is available under CC-BY-SA unless otherwise noted.